Closed-circuit television (CCTV) is the use of video cameras to transmit a signal to a specific place, on a limited set of monitors.  CCTV can be a single network of cameras or multiple networks of camera linked together via switches, internet,  DVR or wide area computer technology.  CCTV Video data is analog. The analog signal can be converted to digital via CCTV Digital Video Recorders.  Once the video data is digital it can be managed just like any other computer data and can be stored automatically on computers and network storage devices. In industrial plants,  CCTV equipment may be used to observe parts of a process from a central control room,  for example when the environment is not suitable for humans.  CCTV systems may operate continuously or only as required to monitor a particular event.  A more advanced form of CCTV,   utilizing Digital Video Recorders (DVRs),  provides recording for possibly many years, with a variety of quality and performance options and extra features (such as motion-detection and email alerts).  More recently,  decentralized IP-based CCTV cameras,  some equipped with megapixel sensors,  support recording directly to network-attached storage devices,  or internal flash for completely stand-alone operation.

Both of these systems have distinct advantages and disadvantages associated as different types of technology are employed to provide security and reliable monitoring.

Wireless CCTV systems are increasingly becoming a popular choice among CCTV buyers on account of the ease of installing such a system, lack of cabling requirements and assured mobility. The key advantages are:

At the same time, there are some disadvantages of wireless CCTV systems, which are listed below.

The key disadvantages are:

A digital video recorder (DVR) is a consumer electronics device or application software that records video in a digital format to a disk drive, USB flash drive, SD memory card or other local or networked mass storage device. The term includes set-top boxes (STB) with direct to disk recording facility, portable media players (PMP) with recording, recorders (PMR) as camcorders that record onto Secure Digital memory cards and software for personal computers which enables video capture and playback to and from a hard disk drive. DVR changes the signal of analog images in CCTV (Closed Circuit elevision) cameras into digital data.  DVR compresses and retrieves the recorded images through the international code of H.263 or MPEG (Moving Picture Experts Group) so that it can display clear and crisp images. DVR has numerous advantages over conventional CCTV systems.

PC Type DVR System: A DVR box with an installed DVR capture board and operating system that also includes the PTZ and sensor control function. All components integrated and fully tested to provide a very stable system. Set – Top Box(Standalone DVR): A DVR box designed with elegance and style that can be placed at the business owner’s room or security chief’s office.  This box is extremely stable because only the necessary parts have been used and all unnecessary or extraneous parts have been excluded.

Closed-circuit television (CCTV) cameras can produce images or recordings for surveillance purposes, and can be either video cameras, or digital stills cameras. The starting point for any CCTV system must be the camera. The camera creates the picture that will be transmitted to the control position.

Apart from special designs CCTV cameras are not fitted with a lens. The lens must be provided separately and screwed onto the front of the camera. There is a standard screw thread for CCTV cameras, although there are different types of lens mounts. Not all lenses have focus and iris adjustment. Most have iris adjustment. Some very wide angle lenses do not have a focus ring. The ‘BNC’ plug is for connecting the coaxial video cable. Line powered cameras do not have the mains cable. Power is provided via the coaxial cable.

Dome Camera: Dome cameras are installed inside a dark dome and are designed in a way that they go unnoticed by visitors. They come in compact design for a discreet appearance. The thief does not know if the camera is recording. These cameras can also be rotated and tilted manually. Dome type cameras are used in public places like railway station, bus terminals, and other areas where there is huge gathering of people.

Box Camera:  The box camera is mechanically simple, the most common form is a cardboard or plastic box with a lens in one end and film at the other. The lenses are often single element designs meniscus fixed focus lens, or in better quality box cameras a doublet lens with minimal (if any) possible adjustments to the aperture or shutter speeds. Because of the inability to adjust focus, the small lens aperture and the low sensitivity of the sensitive materials available these cameras work best in brightly lit daylight  scenes when the subject is within the hyper focal distance for the lens and of subjects that move little during the exposure . — snapshots. During the box cameras heyday in popularity, box cameras with photographic flash, shutter and aperture adjustment were introduced, allowing indoor photos.

Bullet Camera: Bullet cameras are placed inside a bullet shaped housing, and they are used in residential places as well as commercial places. They are small in size, have an integrated design, and are really effective. They offer illuminate viewing even in darkness and are weatherproof as well.

Infra Red Camera:  The distances infra-red cameras can see are based upon its illumination capacity. Infra-red cameras have LED’s, which cast out into the darkness. Realistically, a good rule of thumb (but not an absolute) is figure 1 foot for each LED. Therefore, if a camera has 30 LED’s then it probably can see about 30 feet. There are some newer LED’s called Cat’s Eyes, which have more power, but they are not very common. You would notice a Cat’s Eye by the extra large size of the LED’s. With respect to infrared quality it has more to do with the intensity of the LED’s and the distance they cover. One thing to note is that infrared LED’s do have a limited life since they are illuminating so they do burn out over time.

Covert/ Hidden Camera: Hidden cameras are compact in size and are used for secret monitoring. They are usually installed in public places like department stores, clubs, etc. Hidden cameras have a built-in recorder that records and broadcasts simultaneously. By using a large number of security cameras and networking them various strategic views of the place can be obtained.

Wireless Camera:  Wireless security cameras are closed-circuit television (CCTV) cameras that transmit a video and audio signal to a wireless receiver through a radio band. Many wireless security cameras require at least one cable or wire for power; “wireless” refers to the transmission of video/audio. However, some wireless security cameras are battery-powered, making the cameras truly wireless from top to bottom. Wireless cameras can be found in most styles. For the most part wireless cameras require a line-of-sight to function properly. Distances will vary depending upon the strength of the transmitter and receiver, what other devices are in the same spectrum, etc. Realistically, you are looking at distances of 100’ or less on affordable wireless equipment. There are external wireless transmitters and receivers that can attach to any standard camera and make them wireless, but the costs are incredibly prohibitive.

Pan Tilt Zoom (PTZ) Camera: Pan-tilt-zoom camera offers the ability to view and zoom in all directions. You can even set the camera to automatically rotate to different fields of vision. Pan, Tilt, Zoom cameras cost anywhere from 5x – 10x the cost of a fixed camera. The Pan, Tilt, Zoom camera cannot record or see where it is not looking. You cannot pan, tilt or zoom after it has been recorded (this can only be done with a 360 degree camera). Making a PTZ camera wireless adds thousands to the cost. PTZ cameras can though perform various functions not possible with a fixed camera. You can control a PTZ camera and zoom in optically up to 36x and beyond digitally up to 12x giving zoom capabilities in the 100’s. The PTZ’s have intelligence and can be programmed to perform pre-defined tours and upon the event of an alarm the camera can swing to a specified location before continuing its tour. An operator can override and take control of the camera at any time.

Indoor vs Outdoor Cameras:  Indoor and outdoor cameras are the same in terms of styles, sizes and shapes. The principle difference is outdoor cameras are at a minimum weather-proof. While rain is a primary issue other considerations such as moisture, dust, sand, snow, frost and humidity need to be addressed. Accordingly, some cameras are equipped with heaters and blowers to counteract the elements, while others can be housed in outdoor enclosures for the specified purpose.
Outdoor cameras most likely have to address low light conditions for evenings. Accordingly, they either have to have infra-red or some day/night technology, which today are quite affordable.

Infrared (IR) Radiation:  Infrared is used in night-vision cameras when there is insufficient visible light to see an object. The camera uses the infrared portion of the electromagnetic spectrum, sometimes referred to as thermal imaging. The radiation is detected and turned into an image, hotter objects showing up in different shades than cooler objects, enabling the camera to see warm targets, such as human beings and automobiles.

Day/Night:  IR Day/ Night Camera are used for high alert security areas where surveillance needs to happen throughout day and night. A sensitivity enhancement technology which improves light sensitivity of a camera by a factor of 2 for visible light and a factor of 4 for near-infrared wavelengths. It still cannot work in near zero light as will an infrared camera. While both infrared and day/night technology sound expensive, both have become commercialized and are surprisingly affordable. The difference in camera pricing for one of these cameras versus a traditional camera is nominal.
The rule of thumb we like to use is if you walk the area where you intend for the camera to be and view it at its lowest possible lighting, if you can see with the naked eye, then the day/night camera should be fine.

The picture created by the camera needs to be reproduced at the control position. A CCTV monitor is virtually the same as a television receiver except that it does not have the tuning circuits. 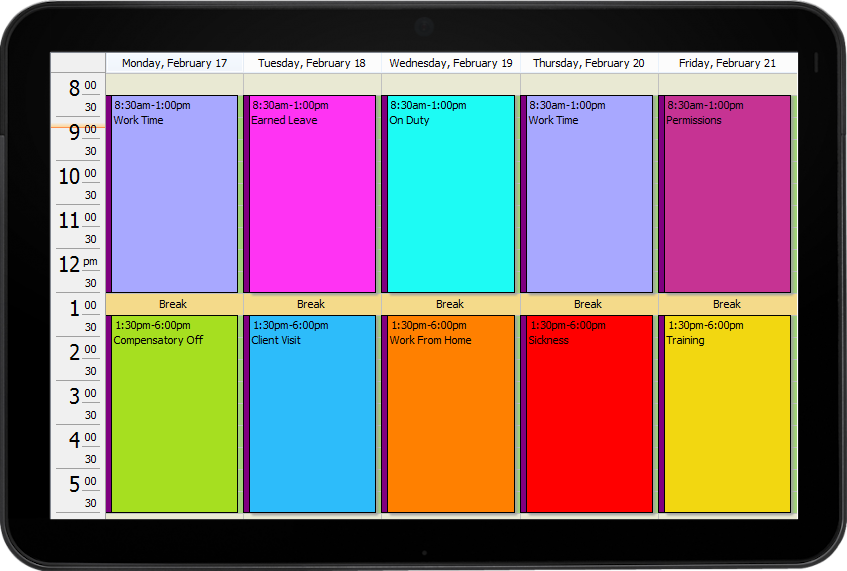 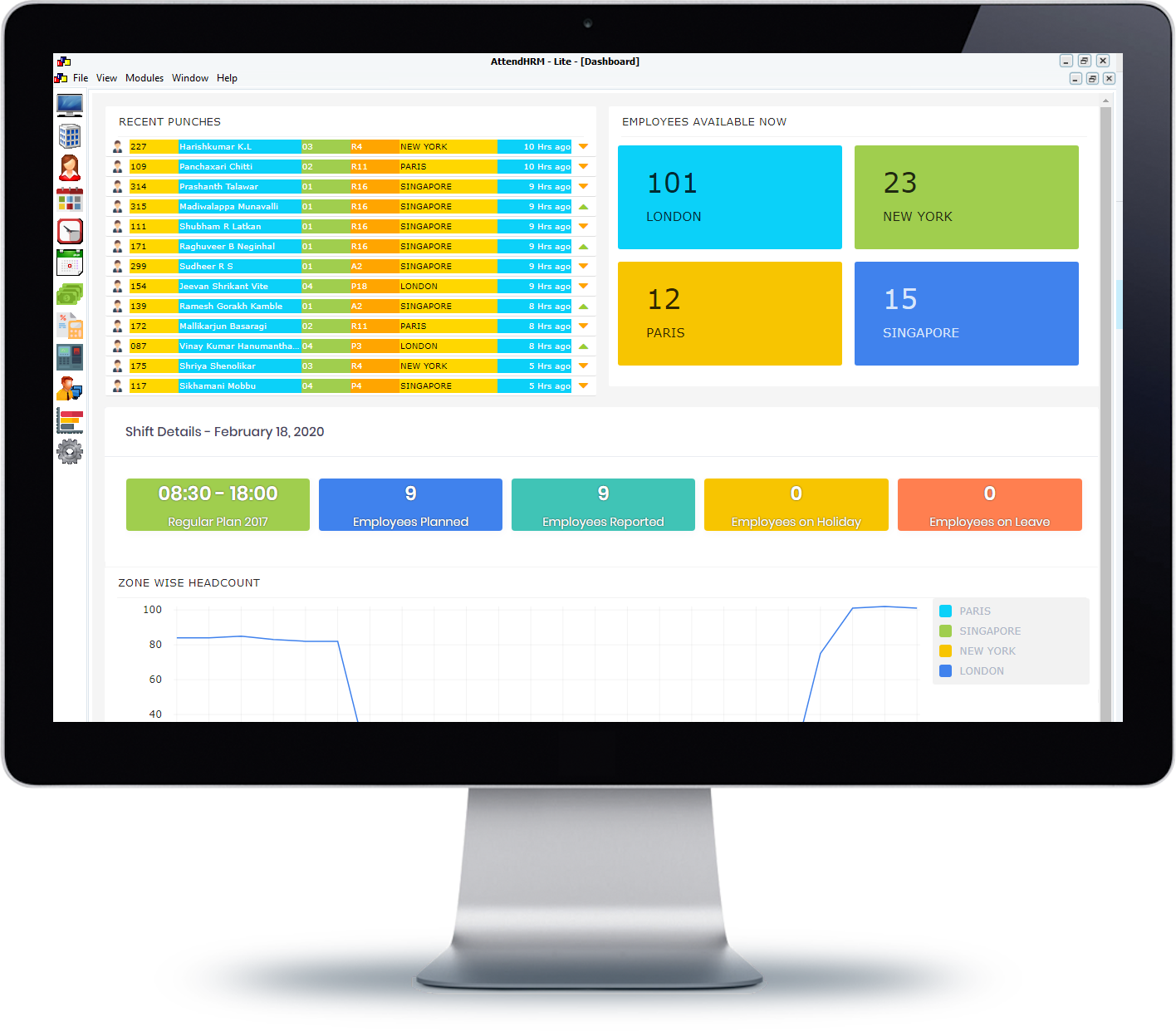 Process payroll in minutes, not days! 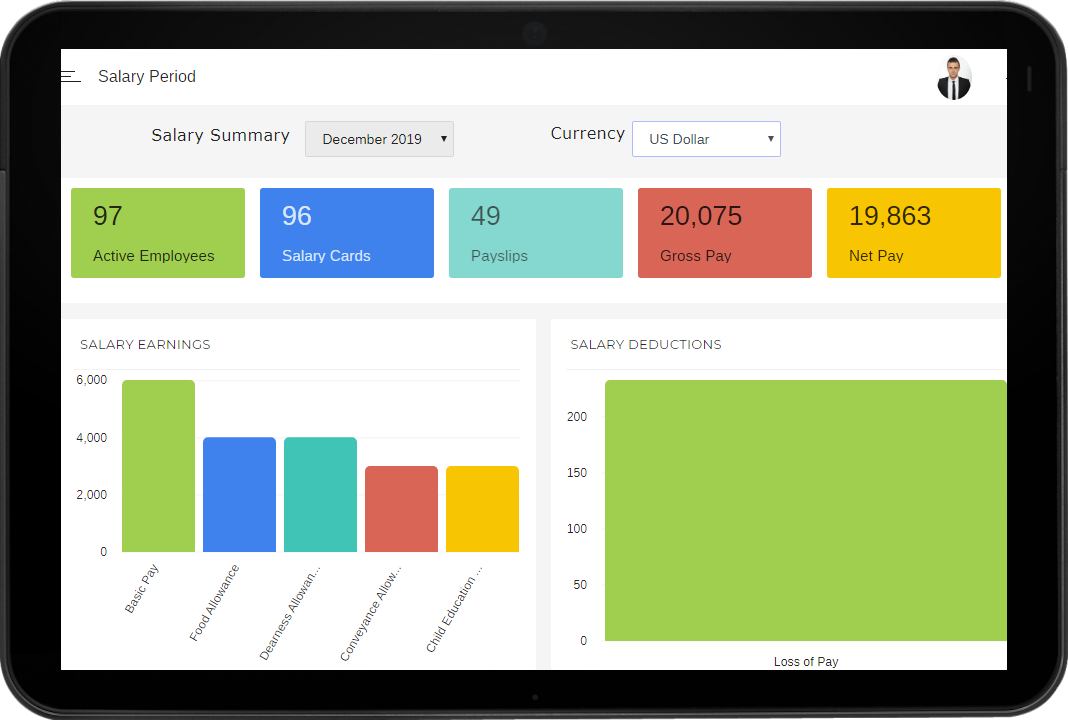 World-class HRMS to manage your workforce!

A Web Portal for your employees! Real-time Information for the Top Management! 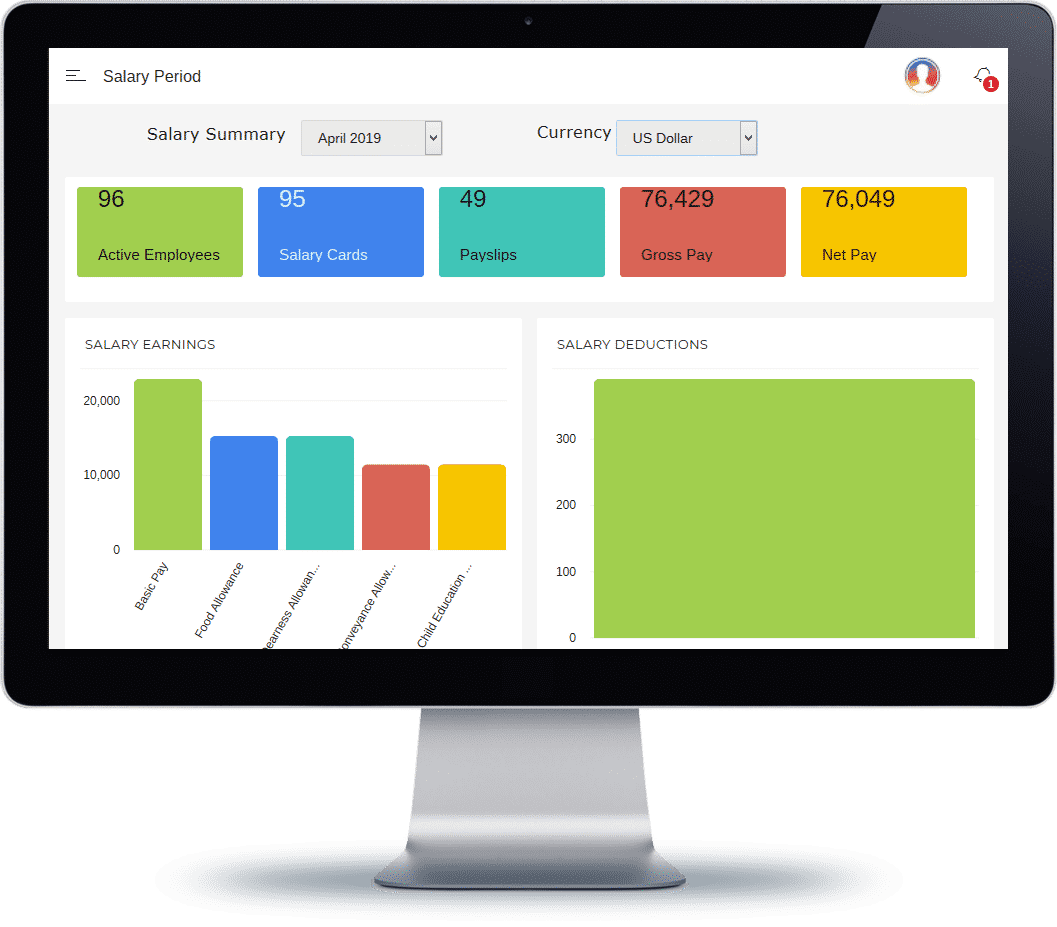 Speak to our experts to find the best models! 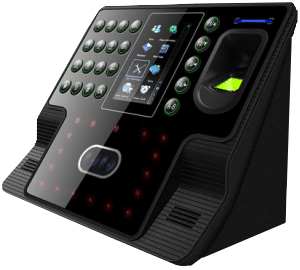